No Nosedive Ahead for Canadian Real Estate Prices 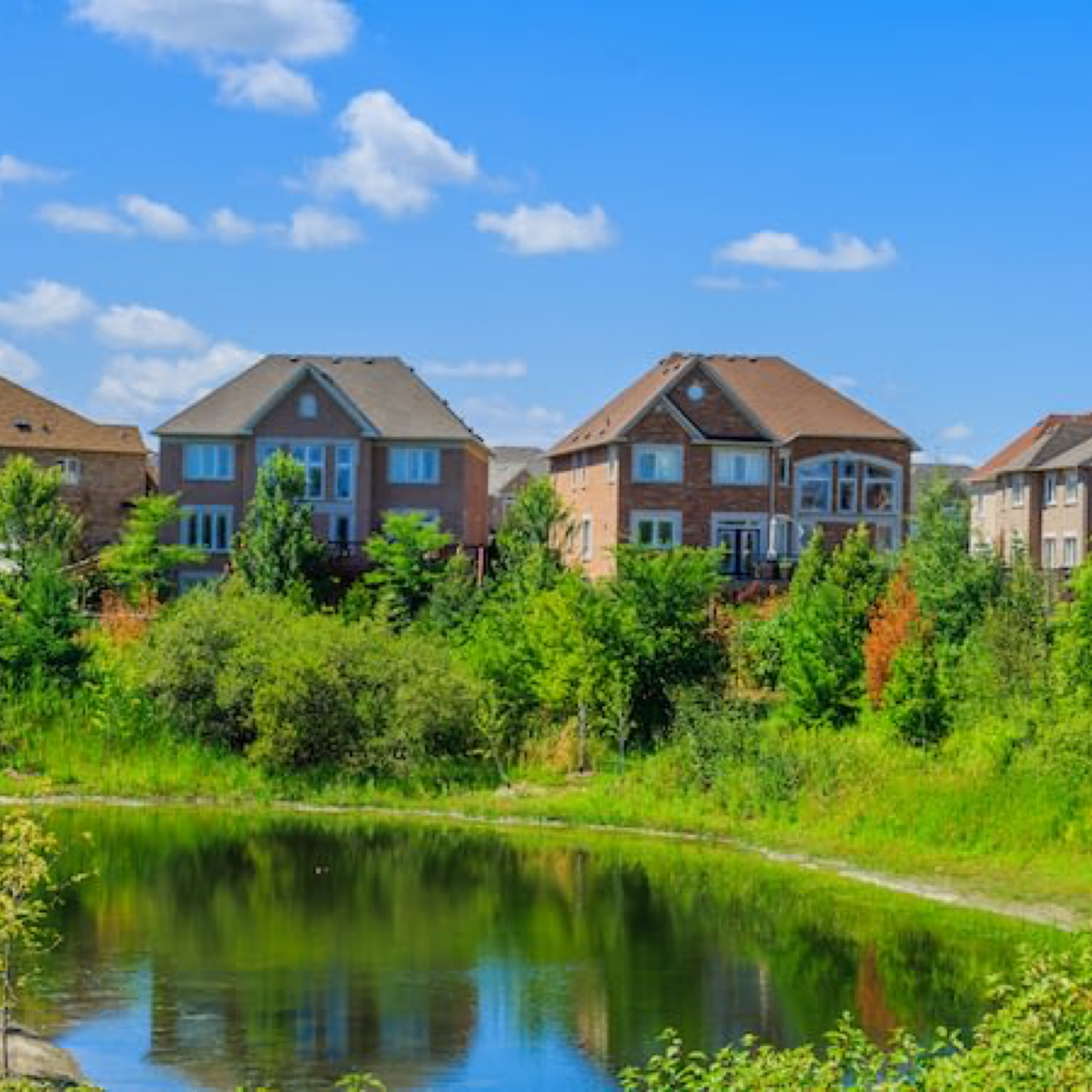 Canadian real estate kicked off 2020 with a bang, but there are conflicting opinions as to how we’ll finish out the year. Canada’s federal housing agency has warned that average house prices could fall by up to 18 per cent over the next 12 months – a dismal prediction that’s being challenged by RE/MAX based on market activity from coast to coast.

Basic economics has taught us that supply and demand dictates housing prices, and according to what RE/MAX brokers are reporting at ground level, housing inventory is down in many markets, demand is still high, and multiple offers are a common scenario. Assuming that demand continues its current course, Canadian real estate prices will likely remain relatively stable or experience a single-digit price correction at worst – which is a far cry from CMHC’s dire decline of up to -18 per cent.

“CMHC doesn’t seem to understand the sheer number of sellers that would have to accept this kind of price reduction, in order for average housing prices to plummet to this degree in such a short time span,” says Christopher Alexander, Executive Vice President and Regional Director, RE/MAX of Ontario Atlantic Canada. “Sellers simply won’t accept that kind of discount on their listings. A statement of this nature is panic-inducing and irresponsible.”

Is Canadian Real Estate In Trouble?

Late last year, RE/MAX expected Canadian real estate prices to rise by 3.7 per cent in 2020. A few short months later, COVID-19 threw everyone for a loop. This week, Canada Mortgage and Housing Corp. (CMHC) has predicted that average home prices could decline anywhere between nine and 18 per cent in the coming year, due to the economic impacts of COVID-19. In addition, CMHC warns that mortgage deferrals could rise from 12 to 20 per cent by September, with up to one-fifth of all mortgages ending up in arrears, if the Canadian economy does not recover sufficiently.

However, the Big Banks, economists and many Realtors aren’t aligned with CMHC’s expectation.

What the Big Banks are Saying About Canadian Real Estate

According to this recent article published by The Globe And Mail, CIBC said Canadian real estate prices could fall between five and 10 per cent this year compared to 2019. Similarly, RBC forecasts a decline of seven per cent, while BMO expects a five-per-cent decline.

“[Mr. Siddall] said that all these things will happen if the economy ‘does not recover sufficiently.’ That’s a very broad statement,” CIBC deputy chief economist Benjamin Tal told The Globe And Mail. “Without looking at the assumption behind that statement regarding GDP growth, unemployment rate and so on, it is very difficult to assess the likelihood of such a prediction. Is it a worst-case scenario, or the base case? I think he was highlighting a worst-case scenario,” he said.

A single-digit decrease in house prices can be classified as a correction, and is a far cry from CMHC’s trough of -18 per cent.

RE/MAX brokers in some of the biggest Canadian real estate markets say a dramatic price drop is unlikely under current conditions, barring any major unforeseen circumstances – and as we’ve all come to learn recently, anything is possible. But assuming current market conditions remain stable, the current inventory of homes for sale continues to fall short of demand – even amidst this pandemic, social distancing measures and the economic fallout.

“The recovery of the real estate market will be market and region specific,” says Elton Ash, Regional Executive Vice President, RE/MAX of Western Canada. “We are seeing a strong return to real estate inquiries, with our Realtors becoming very busy again.”

Here’s what RE/MAX brokers are reporting on Canadian real estate in some of our biggest cities and key housing markets.

Newfoundland real estate has been a consistent “down market” since 2014, thanks to weakening oil prices and a shaky local economy. COVID-19 dealt another blow, but even so, the economy was already slow in the region. Interestingly, RE/MAX reports a spike in multiple offers in the region recently.

Multiple offers have been virtually non-existent in Newfoundland since the peak in market activity in 2014. Since the pandemic, there have been a dozen. There has even a home for sale that received four offers, when previously even one offer may have been uncommon.

Housing prices in Newfoundland remain consistent right now, and the market is better positioned than originally anticipated. The pulse is good, and this is unlikely to change in the near future.

Halifax real estate was riding high before the pandemic, with a lot of good foundational activity happening across the region. Simply put, the Halifax real estate market was hot, with low housing inventory common across the marketplace. Specific to the Halifax housing market, multiple-offer scenarios continue to be common, with brokers and agents reporting sequential multiple offer scenarios on their last three, four, five deals. That’s certainly the making of stable house prices, or even increasing slightly.

About one-third of Halifax listings in recent weeks have sold over asking price, which bodes well for house prices in the near future. Showings are up, and new listings that are coming online are up slightly as well. There’s consumer confidence, but buying activity is heavily dependent on how people have been affected financially. If current trends continue, an 18-per-cent drop in home prices is highly unlikely.

Ottawa real estate has experienced an increase in home prices and a decrease in days on market – both good indicators that the housing market is stable, at least for the time being. The current seller’s market is characterized by low housing supply and high demand, which continues to drive up prices. In fact, within the last two weeks, Ottawa’s list-to-sales-price ratio has a median of 100 per cent. Most properties are still holding offers, with multiple-offer scenarios a common occurrence and homes selling for over asking price.

Within the last two weeks, compared to the previous two weeks, RE/MAX has experienced an influx of inquiries regarding properties for sale, with questions about the process of buying/selling homes. Consumers in the region want to be informed again about the housing market.

Toronto real estate is experiencing a proportionate decline in new listings and buyers, leading RE/MAX to conclude that prices should remain stable. Toronto homes are currently selling for asking price, or slightly above or below that price point, but the region has not experienced any decline in price and if current conditions continue, there’s nothing to indicate that prices will fall between nine and 18 per cent, as CMHC has predicted.

Toronto continues to experience multiple-offer scenarios, with RE/MAX reporting a consistent two or three offers on every listing. These conditions were prevalent prior to the lockdown on March 13, and continue to be the case, even with social distancing measures in place and the economic fallout. Toronto’s housing supply shortage continues, and demand remains high, as evidenced by the many multiple offers RE/MAX is seeing across the board.

The pandemic has negatively impacted listings, because many homeowners who were planning to sell are now opting to hold on to their listings, unwilling to host traditional open houses at this time. When government financial aid runs out and the six-month mortgage deferral period expires, people may then start listing their homes if they can’t afford to keep them. However, right now this is not the case. If a flood of listings does occur in Toronto this fall, it will be a short cycle.

The London housing market is holding strong, homes for sale are being scooped up and prices remain relatively stable. Within the past 14 days, RE/MAX reports 180 firm sales, 83 of which went for over asking, and 20 sold at full price. In April 2020 the average sale price in London was up slightly by a couple of thousand dollars compared to April 2019, however May’s month-to-date average price in London is about $29,000 higher compared to all of May 2019.

Edmonton real estate continues to experience a significant hit to its local economy due to oil prices, and the biggest factor going forward will be employment, or lack thereof. The impacts of COVID-19 may result in a double-digit unemployment rate, which is expected to impact housing demand.

When it comes to selling prices, RE/MAX reported some lowball offers at $40,000, $60,000 and $80,000 below asking, however none of those deals went through. Since then, those properties have gone pending close to the asking price.

Moving forward, RE/MAX expects an average five-per-cent price decrease in Edmonton throughout the rest of the year. Edmonton saw prices fall two to three per cent in 2019, based on buyer demand. Edmonton has more millennials than baby boomers, which makes it a unique marketplace. Buyers wants new homes, which means many dated homes in older neighbourhoods aren’t moving, while infill and new construction in those neighbourhoods are in high demand. Furthermore, RE/MAX is reporting an influx in downsizers who are using COVID-19 as the catalyst to sell the big house and move into a condo or smaller home.

Multiple offers are common in Edmonton’s housing market, with houses selling for $20,000 to $30,000 over asking price. This is due to buyers shifting and adjusting needs. This could present a good opportunity for investors and house flippers to tackle some of those older, larger homes.

Lenders tightening up their lending policies is a concern for the Canadian real estate economy, and how they assess and react to buyers’ employment status will affect the buyer pool. This will dictate the market in the next year post COVID-19.

Calgary real estate is experiencing a double-edged sword, due to COVID-19 and the oil industry, and the greater concern is oil. It is still too early to accurately predict where prices will trend in the coming year. Housing supply has come down, which has kept prices relatively steady. RE/MAX reports some multiple offers on properties that are priced appropriately in the right neighbourhoods. Meanwhile, some properties have seen large price drops, but it’s unclear if that is related directly to the pandemic or if it is related to the overall economy.

Some regions in Calgary are experiencing drops, but others are doing well. A five-per-cent price correction is a more likely scenario. Some price adjustments are happening already, but an 18-per-cent price drop across the board isn’t realistic. But if by chance it did happen, prices would bounce back again. Higher-priced properties will be most affected, while properties at lower price points are expected to remain fairly stable.

Vancouver real estate is fluctuating from week to week, not just on seller side but also on agent side as well. People are re-emerging, with RE/MAX reporting lots of new inventory and many multiple offers, not just on $500,000 condos but those priced in the $2-3 million range as well. and. Perception is that now with easing of restrictions, people are more confident that things are moving in the right direction.

It’s possible to have high unemployment, yet a very strong real estate market. Unemployment appears to be having a greater impact on lower earners, and with the region’s high real estate prices, homebuyers are typically those in the higher income bracket.

Vancouver Realtors who were initially fearful are back in business, and an 18-per-cent decline in Vancouver housing values – or anything close to that – is highly unlikely. A five-per-cent price correction is more likely.