Posted on June 16, 2019 by PadMapper
Posted in: Rental Market 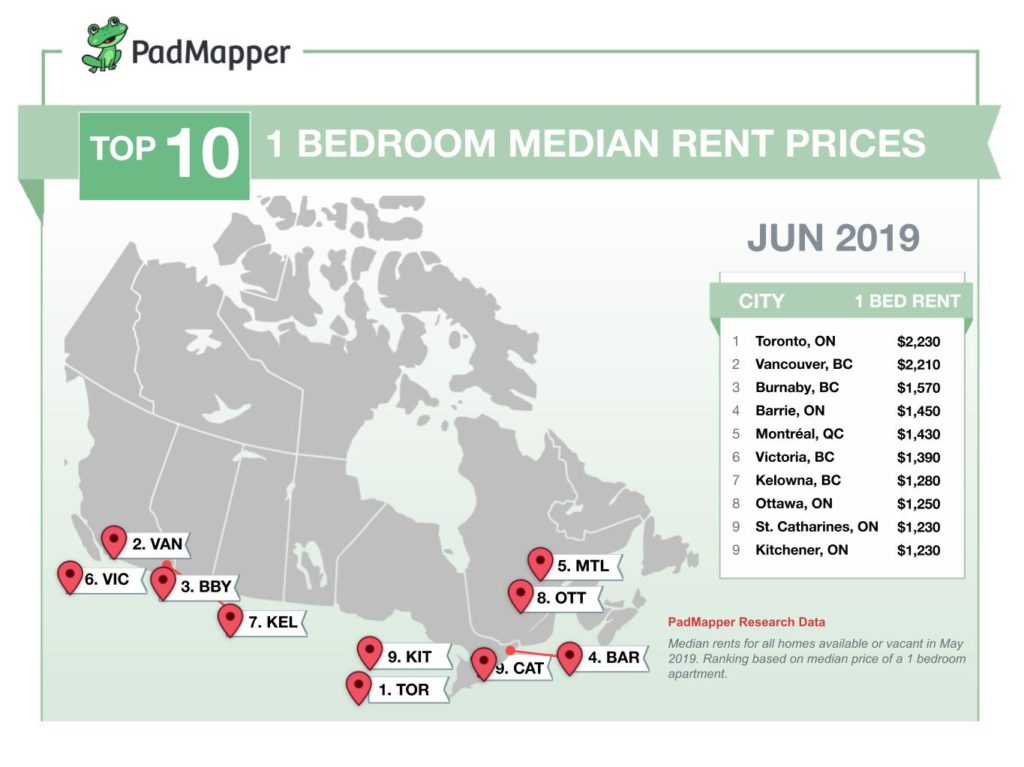 Overall, 9 cities saw an upward trend, 3 downward, and 12 remained stable last month. Following a similar progression to the last report, about half of the cities on this list had a flat month and though there were more monthly upticks in rent in this report, the increases were fairly small. On a year over year basis, however, about a third of the cities experienced double digit year over year growth rates, showing the demand still present in these markets.

Notably, Vancouver and Windsor had the fastest growing rents last month, both up 3.8%, while Montréal took the largest rent dip, down 2.7%.

–Windsor, ON, along with Vancouver, had the largest monthly one bedroom rental growth rate, up 3.8% to $830. This large increase pulled up the city 2 spots in our rankings to become the 22nd priciest city.