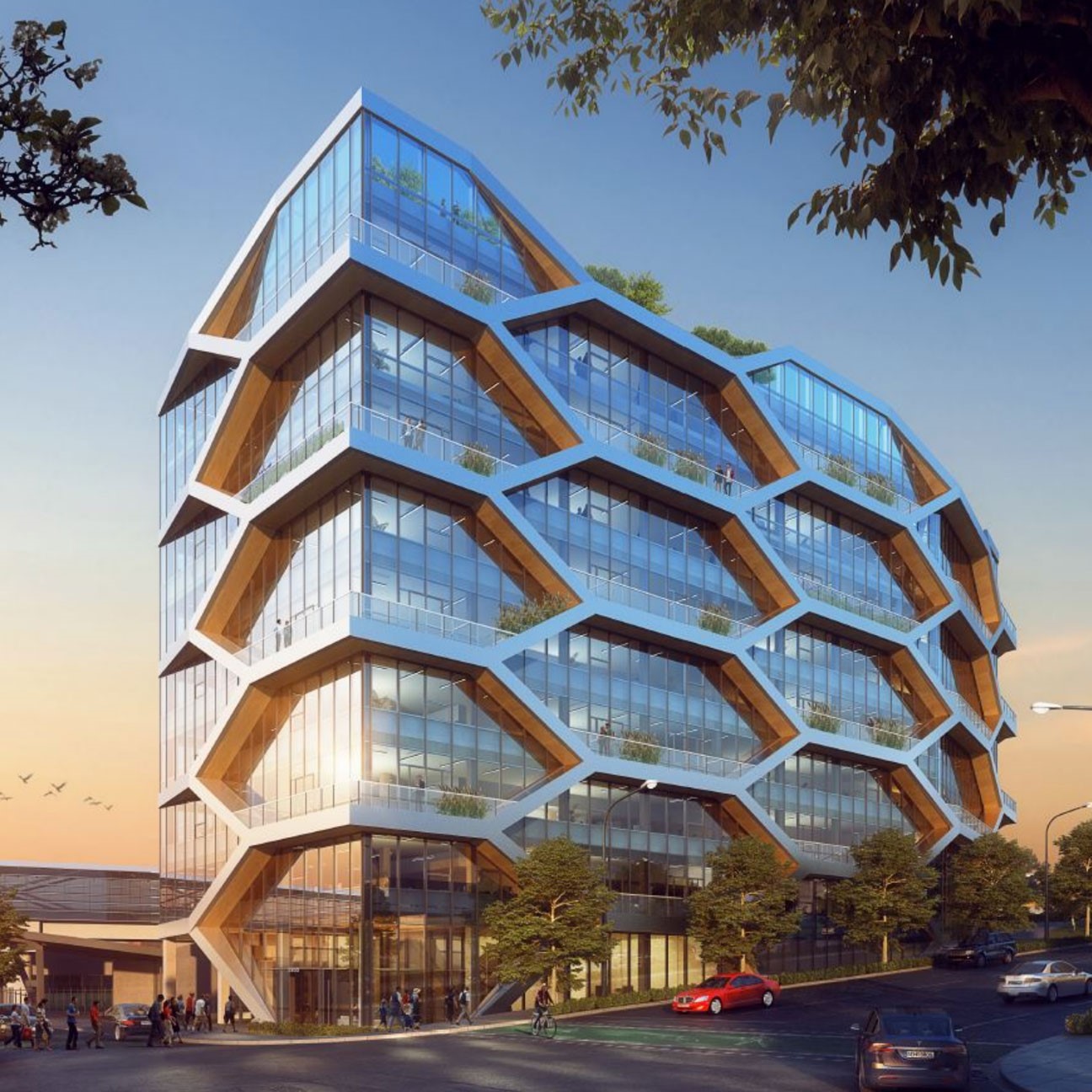 Some of these projects are approved, some are under construction and some are proposed

Aside from this high-profile building, numerous other architecturally interesting developments are proposed or coming to Vancouver.  This isn’t an exhaustive look at upcoming projects but provides a peek at some of the buildings that will help shape the look and feel of the city in the future. (Read a feature story about Vancouver architectureHERE)

Status: City council approved the tower in July of 2017. Construction started in December 2018 with an anticipated completion date of 2023.

Developer/Architect: Westbank is the developer. Venelin Kokalov, the design principal of Revery Architecture (formerly Bing Thom Architects), is the lead on The Butterfly. It’s one of the last projects Bing Thom of Bing Thom Architects was involved in before he died in 2016. Kokalov worked closely with Thom for 16 years.

The building: Once completed, The Stack, will be the tallest office building in downtown Vancouver. The building features four stacked and rotated boxes with six outdoor decks and a roof-top patio for office tenants.

Status: City council approved the project at an April 2017 public hearing. Construction started in 2018. The building is expected to be completed by 2022.

Type:Office with retail and restaurant uses at street level.

The building: Carved-out sections, greenery on the exterior, and the “brise soleil” shading system make the design of Lululemon’s new proposed 13-storey head office stand out.

Status: Lululemon is seeking a rezoning text amendment to allow additional height on the site, as well as retail and restaurant uses. No additional density is being sought. A public hearing started Jan. 23, and is expected to wrap up Jan. 30, to determine if it's approved. (UPDATE: City council approved the text amendment on Jan. 30. See story HERE.)

Developer/Architect: Morphosis Architects, led by Thom Mayne and based in Culver City, Calif., is the design architect for the project, while Francl Architecture is the local architect.

Type:Redevelopment of a shopping centre, which will include 10 towers of varying heights up to 44 storeys, midrise buildings with commercial, office and residential uses, a community centre, library, seniors’ centre, performance spaces, a daycare and a nine-acre public park.

The building: Architect Gregory Henriquez has called the redevelopment a “mini-city” and “the biggest and most complex project I’ll ever work on in my life.”  Futuristic buildings will transform the site and neighbourhood. Housing being built includes 2,000 market condos, 290 market rental units, and 290 below-market rental apartments.

Status: Construction work has started on the project, which is being completed in phases. Some retail and office space could be completed in early 2022, while the first residences are expected in late 2022.

QuadReal and Westbank are developing partners in the project. Henriquez Partners Architects is the design lead and Wonderwall out of Tokyo is designing the interior of the mall.

The building: The developer has described it as a three-dimentional sculpture.

Status: Council approved rezoning for the site in January 2018.

The building: Nature’s Path, an organic food company, is building its new headquarters on a site near the East Van cross. It will replace the company’s existing head office in Richmond. The new building will feature a honeycomb-like exterior. It remains to be seen what happens to East Van cross, officially known as the Monument for East Vancouver. It may stay in its current location or be moved elsewhere. City staff told the Courier late last year that the city is consulting with those involved and working toward a decision about its future.

Status: The City of Vancouver’s Development Permit Board voted in favour of the development application for the building on Jan. 21, 2019. The project is in the permitting phase, so it’s unclear when construction will start.

Developer/Architect: Architectural firm Dialog is behind the design.

Type:The project will feature about 6,000 units of mostly rentals in 11 towers.

Location: An 11.7-acre Squamish Nation-owned site at the foot of Burrard Bridge near Vanier Park.

The project:  Initially, Squamish Nation was considering a 3,000-unit development, but news broke last November revealing the new plan for 6,000 units. Squamish Nation Coun. Khelsilem told Frances Bula of the Globe and Mail that the towers were designed “to echo elements of totem poles and reflect the mountains and sky of the North Shore.”

Type:Proposal for a 60-storey Passive House residential tower with a building height of 555.5 feet.

The building: The proposal is to build the tower to Passive House standards — an international standard for energy efficiency. The project would be among the city’s highest buildings if it’s approved and it also promises to be the tallest Passive House tower in the world. It features a wavy shape with a curvy column of greenery down its centre, inspired by the peninsula, the inlet and green forests. Read more about the project in this feature story

Status: The project is in the rezoning stage. City staff are reviewing the application and are in discussions with the applicant.

Type:24-storey office tower with commercial space on the ground floor.

The building: The tower itself features “several clusters of four-storey steel-framed cubes arranged around a central concrete core.” The project is envisioned as a “living sculpture.”

Status: Council approved the rezoning application in February of 2018. Currently under construction, it’s being built with a fast-tracked construction process where the steel components are fabricated at a manufacturing plant and then delivered to the site for installation. The project’s core is currently furthest along at level 24, with the steel structure at levels nine to 13 and the parkade is 70 per cent complete.

The building: The developer describes it as “shaped by two emphatic scoops that form deep balconies furnished in wood.”

Status: Under construction. Workers are pouring slab for the lower levels of the tower.

The building: The tower would sit opposite Westbank's Vancouver House on the north end of Granville Bridge. The goal is for the two towers to create what's been dubbed the "Granville Gateway" in and out of downtown Vancouver.

Status: A revised rezoning application was submitted in October of 2019 based on feedback from the public, which staff is currently reviewing.

Type:52-storey tower with 407 residential units and a 10-storey podium with retail and 95 residential market units.

The building: Likely one of the most photographed buildings in Vancouver during construction.

Status: The first phase of residential occupancy is complete and the second phase of residents are expected to move in in the coming months. Fresh Market and London Drugs will open in February, while “House Concepts,” a 15,000-square-foot collective concept of four fitness studios under one roof, will open in the spring of 2020. University Canada West and Momofuku are expected to open in the summer.